Ground source heat pumps (GSHP) are common in Sweden, but solar energy systems are not. GSHP could offer an ideal platform to integrate solar energy into the building and national energy systems towards meeting climate goals and increasing the share of renewable energy to 100%.

Ground source heat pumps (GSHP) are known as a renewable heating source and have the potential to be 100% renewable and sustainable when the electricity is generated from hydro, wind, or solar. While hydropower is well developed and wind installations are increasing rapidly, solar energy is the most practical source for integrating into the building and can play a significant role increasing renewable energy production in Sweden.

Multi-family houses are predominantly connected to district heating; not necessarily because they want to, but oftentimes have to. Their options are limited in part because in densely populated areas there is not enough space to drill a sufficiently sized borehole field. With an undersized borehole array, there is a risk that ground temperatures will decline over time, a significant problem considering that a reduction of only one degree reduces efficiency by 3%. Alternatively, if the temperatures can be increased there is a great opportunity for electricity savings; if all existing GSHP in Sweden had their boreholes increased by one degree, it would save 200 GWh of electricity per year. Regenerating, stabilizing, or increasing borehole temperatures can be accomplished sustainably using locally collected solar energy.

Background on solar energy in Sweden

As anyone who has spent time in the Nordics knows, the supply of solar radiation is greatly imbalanced from summer to winter which is also the primary cause of high energy demands in the winter. This has not stopped the exponential increase of solar photovoltaic (PV) installations, which have rapidly decreased in cost and are economically supported by the government. While this works as a way to initiate the market, the seasonal imbalance remains a challenge to the development of solar as an significant energy source for Sweden.

One challange for PV in buildings is increasing self-consumption, which is the electricity generated by the PV system used directly in the building. When there is more generation than is needed, called over-production, the excess can be sold to the network. Self-consumed electricity is more economically valuable than over-production, meaning an owner should increase self-consumption as much as possible. Additionally as more solar power is installed across the country, there is an increased liklihood that prices during the summer will be eroded and could even become negative. This is already happening in Germany and has negative consequences for PV owners and the electricity system at large.

A three year research project exploring technical and economic potential for solar PV technology in multi-family houses has been completed here at Energiteknik under 2016. Much more information is available at the following project page link:

To increase the efficiency of solar collectors, self-consumption of PV generation, and heat pump efficiency, the integration of hybrid solar PV/thermal modules on the source-side of the heat pump can be interesting. A PV/thermal hybrid collector affixes a heat exchanger to the back of PV cells, which can increase electricity production by cooling the cells as well as capture thermal energy normally lost to the ambient air. Connecting on the source side of the heat pump will reduce the electricity needed for the compressor and also enable storage of excess heat in the boreholes. The stored heat increases the borehole temperatures such that the compressor runs more efficiently in winter as well. The configuration also opens up interesting possibilities for converting PV over-production into stored heat rather than dumping it to the network.

This study focuses on the exploring the technical and economic potential of PV/thermal + GSHP system in Swedish multi-family houses. While not a new concept, much of the previous work has been focused solar thermal systems and the addition of PV can make for unique configurations and control strategies. Therefore the objective is to identify interesting and practical system configurations and optimize them for energy efficiency, profitability, and exergy efficiency.

The PV/thermal + GSHP concept is complex with many possible configurations and component sizings. The first step in the process is to make a comprehensive review of previous work considering not only PV/thermal but also solar thermal research to help identify configuration strategies. In conjunction with our project partners, we then aim to have three to five system configurations which can practically be implemented in either new installations or existing.

The next step, and the bulk of the project, will be carried out using extensive computer modeling validated with several sources of measured data. Models for each component will be tested to ensure good results when combined into the larger system simulations. Once the systems models are created, they will be validated agains project partner data from existing GSHP installations as well as several test sites around Sweden. With validated models, experiments can then be done to test component sizing and control strategies to meet the optimization objectives.

Component models for PV/thermal collectors and bore holes are tested and the literature review performed. Preparations for test sites are also being performed.

System configurations are identified and models are created. Models include not only PV/thermal + GSHP systems, but also base cases which do not include solar or only have PV.

Experiments are carried out to optimize the PV/t + GSHP systems and compare their performance to base case systems.

Final results and conclusions are published

This project is financed by The Swedish Energy Agency (Energimyndigheten) under the Effsys Expand program.

For more information about the project or partnership opportunities, please contact: 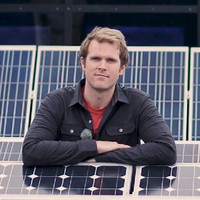 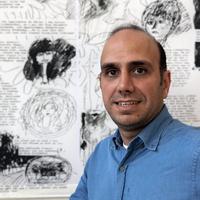